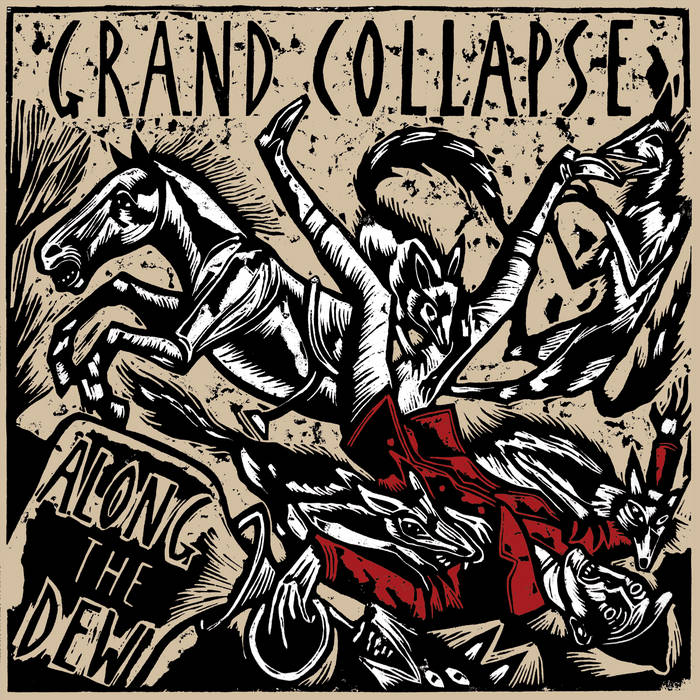 nakam161 This album belongs to my daily drivers. Just as powerful as the Live-experience, straight in your face! ^^ love your music and your message, stay awesome and see u next time in Berlin <3 Favorite track: Thrissell Street.

Truman James Skip the coffee, this album will easily get you just as amped. I really can't think of much else to say other than just listen to it!! The music speaks for itself. Favorite track: Chalk & Flint.

Jakob 'Though Bloodshot ...' is already an obvious candidate for hardcore tune of the year IMO. The rest of the album is almost equally as good: Great riffs, good melodies, pounding, relentless thrash punk Favorite track: Though Bloodshot & Blurry.

Grand Collapse' second album (2017) released in the UK by Urinyl Vinyl & TNS Records and in Germany by Ruin Nation.

'Grand Collapse cannot be pegged down to any one clichéd style. The heavy D-beat under flailed-out endless chords, into bellowing NYHC beatdown styles, will make you want to retrace those steps like a book you just skimmed over and felt like you missed a lot of what was going on' - MAXIMUM ROCK'N'ROLL

'Grand Collapse are probably the best band the UK has to offer right now. And they straddle the line between the worlds of spikey punks, crusties, jaded anarchos, angle haircutted emo lovers and check-shirted hardcore kids' - LOUDER THAN WAR

Bandcamp Daily  your guide to the world of Bandcamp

outré black metal, with a Victory Over the Sun interview and music from Liturgy and Jute Gyte.